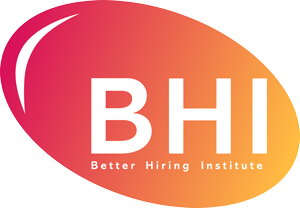 For each sector, The Better Hiring Institute advisory board appoint a sub-committee of up to ten organisations. The purpose of each sub-committee is to meet with others in your sector for an hour every 6-8 weeks with the aim to discuss how you could potentially standardise for your industry, challenges and issues that you face, and any key themes. This is with a view to harmonise and modernise hiring in the UK labour market.

If you would like to become a sub-committee member and collaborate with industry and UK GOV specifically on matters that relate to your industry, get in touch.

Who regulates the industry?

The Care Quality Commission (CQC) regulates all health and social services in England. The commission ensures the quality and safety of care in hospitals, ambulances, and care homes and the care given in people's own homes.

CQC is an executive non-departmental public body sponsored by the Department of Health and Social Care.

Legislation in this industry:

Health and Social Care Act 2008 – the primary focus of this Act was to create a new regulator whose purpose was to provide registration and inspection of health and adult social care services together for the first time to ensure safety and quality care for service users.

Professional Bodies: There are a number of professional bodies in place to regulate the industry to ensure standards of proficiency and conduct

Standards of conduct, performance and ethics

If a professional who is registered with them does not meet the set standards, the HCPC can take action to which might include stopping an individual from practising.

Screening requirements for the industry

Examples of roles and associated checks

The absence of an overriding organisation setting standards for hiring across the UK means that there is no singular driving force for change to modernise the labour market by eliminating waste, inefficiency, and poor productivity across all sectors and industries. We want to streamline and modernise hiring and promote safe recruitment across all sectors, including tackling various recruitment fraud, which has increased during COVID.

What happens if you don't get it right?

Outcome- she was convicted of fraud and was sentenced to six months imprisonment. This demonstrates even a position without real influence or power are still subject to the same rigorous laws and punishment.

Facts- A candidate stated they have the crucial medical qualification to work as a cardiac physiologist.

Outcome- The candidate pleaded guilty of fraud on two accounts by false representation at the Birmingham Crown Court. He was sentenced to three years imprisonment for each charge. He was ordered to serve at least 18 months in jail before being considered for release on license.

Facts- A trainee doctor was employed through a medical locum agency. He was referred to the GMC following a criminal conviction for providing falsified reference whilst applying for locum employment. There has been a concern from a colleague regarding the trainee's clinical performance during a locum shift. Enquiries were made to the nominated referee, who indicated he had not provided the reference or sent it from his email.

Outcome- The doctor pleaded guilty and was charged with fraud and making and supplying articles to use in fraud. He was sentenced to a short period of imprisonment and community service. They also sanctioned a 12-month suspension.

Join the subcommittee for your industry.
Get involved.
If you are interested, just let us know! Appoint a representative for your organisation and we will get in touch and facilitate arrangements. Simple as that.
Thank you! Your submission has been received!
Oops! Something went wrong while submitting the form.